In a recent post on the Guild Wars 2 website, ArenaNet has teased what looks like the Thief’s End of Dragons elite spec. The new elite specialization will be called “Dragonhunter” and will allow players to hunt dragons with their weapons.

The gw2 end of dragons elite specializations is a teaser from the upcoming expansion for Guild Wars 2. It looks like it will be similar to the Thief’s End of Dragons elite spec, and will include new skills and traits.

Have you put your guessing hats on yet? Because Guild Wars 2 has begun a new round of elite specialty teasers. ArenaNet has released another teaser picture of the next spec expected to be revealed, as the game still has three more specifications to discuss.

Much of the conjecture around this new elite spec is that it is a Thief, since it seems to be holding a scepter — it definitely looks more like a Thief than an Engineer or Ranger, and those are the only two specs remaining to unveil.

The teaser picture has sparked a lot of serious speculation and the typical online debate, as well as some humorous reactions, such as one player already planning which scepter skin to use and another making a Sly Cooper allusion. Whatever this new standard is, we’ll most certainly learn more about it soon.

While we’re on the topic of GW2 elite specs, check out our beta impressions of the previously disclosed six elite specs, as well as our thoughts on how the Virtuoso, Harbinger, and Willbender fare in PvP.

Before the elite specialty beta event on October 26th, there are three more #GW2EOD elite specializations to inform you about! Which one are you most excited about? Take a look at one of them below! pic.twitter.com/t14P2F4FHL

The gw2 elite specializations is a blog post by ArenaNet that has teased what looks like the Thief’s End of Dragons. It includes information on the spec, as well as how it will be obtained and what to expect from it. 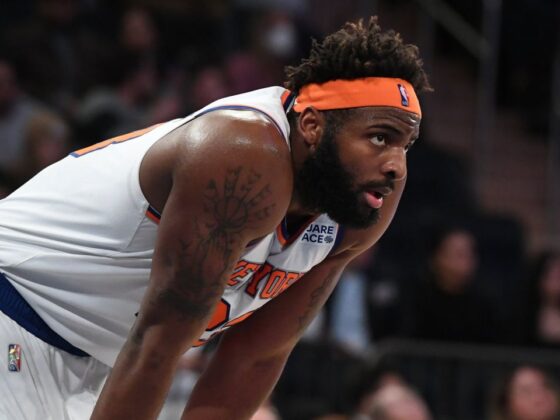 What Knicks’ Decision on Mitchell Robinson Means For Future